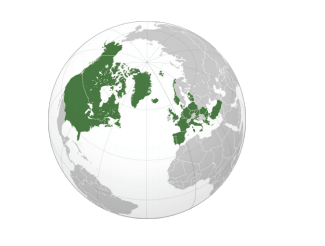 The North Atlantic Treaty Organization exists because its members are determined “to safeguard the freedom, common heritage and civilization of their peoples, founded on the principles of democracy,individual liberty and the rule of law.” This interest was first articulated by the original twelve members of the organization; it has been endorsed by the sixteen states which have joined since 1949; and it remains today without modification the raison d'être of NATO. From this shared interest derive the obligations that members have accepted for collective defence—to consult together on developments that could threaten the security or territorial integrity of member-states; to maintain and develop their individual and collective capacity for action; and to consider that an attack on one is an attack on all which will be met by collective action. The “long twilight struggle” with Soviet communism is over, many “captive nations” are now free, no small number have joined the Alliance and others have expressed a desire to follow in their footsteps. But the world remains a dangerous place for those who believe in the principles of democracy, individual liberty and the rule of law.

In 2010, there is an opportunity to begin building institutional architecture for materially enhancing the freedom and security of people both in the Atlantic Community and beyond. At issue is whether the political will exists to address core issues, to discuss problems frankly,to prescribe real remedies, and to take decisions that will drive change in the months and years to come.It is always a challenge to change an organization from the inside.But the time is right for frank discussion about the problems that beset the Alliance.This is not the time to settle for modest adjustments. It is time to renew the Alliance, to transform NATO into a 21st century organization with the vision and the means to protect and advance the security interests of democratic states.

This paper argues that the following concepts should inform the renewal of the Alliance:

2. Allies' individual actions must be guided by the obligations they assume towards each other and to NATO when they become members of the Alliance.

3. Alliance decisions must continue to be governed by the consensus principle, but below the level of the North Atlantic Council and Military Committee, the weight of opinion must settle decisions on agendas and recommendations.

4. Commitments made by the Alliance must be supported with resources commensurate with the military and other operational needs of the mission, as determined by the North Atlantic Council acting with the advice of the Military Committee and major NATO commanders.

5. Member-states must declare caveats they wish to impose on their participation in a NATO mission before the North Atlantic Council agrees to make a military or other substantial commitment.

6. Military-civilian interoperability must work effectively throughout NATO,supported by international staff at headquarters in Brussels charged with civil operations planning and coordination, and memberstates must have well-developed national civil affairs capacity in policing, governance and reconstruction.

7. Allies must be committed to a level of financial support consistent with the goals they have set for the Alliance. The NATO funding and budgeting process must be administered within a single, comprehensive, wholeof-alliance financial management system embracing all Alliance programs and operations.

8. NATO must put in place standing mechanisms to allow key democratic states outside the Euro-Atlantic region to participate more fully in NATO's political deliberations and planning for contingencies, and must effectively coordinate its missions and operations with those of the United Nations, other international organizations and leading humanitarian nongovernmental organizations.

9. Allies' military forces must all have expeditionary capabilities,supported by effective multinational support arrangements such as an integrated NATO-managed logistical support system and NATO's strategic airlift program,to improve Alliance response times and ensure that the Alliance is able to deploy a robust rapid reaction force to intervene in humanitarian and other crises.

10. Every aspect of a NATO military mission must be organized within a “theatre of operations” concept, with the NATO-appointed military commander exercising operational command authority over all deployed national military forces in theatre in the execution of NATO-approved operational plans.