In July 2009, with a view to releasing a new Strategic Concept for the North Atlantic Treaty Organization (NATO) at the Alliance's Summit to be held in Portugal in late 2010,the Secretary General of NATO tasked a Group of Experts, headed by former US Secretary of State Madeleine Albright,with addressing the issue and proposing recommendations by the spring of 2010. 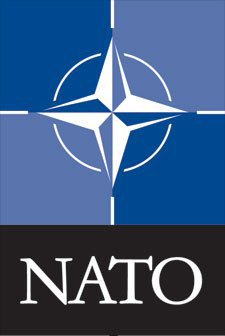 In the fall of 2009 members of the Ottawa-based Conference of Defence Associations Institute (CDA Institute) came together to articulate a way ahead for NATO.The aim was to provide a public domain contribution to the work of the Group of Experts that would outline, from a Canadian perspective, the most salient challenges and opportunities facing the Alliance.

In early 2010 the Canadian Defence and Foreign Affairs Institute (CDFAI) of Calgary acknowledged the importance of the work the CDA Institute was undertaking,recognized its links with its own priorities and therefore chose to formally join the undertaking as a partner by offering the help of several subject matter experts.

The group of contributors to this project is a mélange of military, diplomatic and policy practitioners and academics.The range and weight of their experience—a former Minister of National Defence,three former Chiefs of the Defence Staff and a former Chairman of the Military Committee of NATO, a former Ambassador to NATO, a Clerk of the Privy Council,NATO field commanders,strategists and staff officers, former Ambassadors, public servants and politicians, academic experts, among others—deliver what they hope to be a paper that offers a vision for NATO's future that is grounded in the art of the possible.

Over the course of three workshops held in Ottawa, Ontario and Saint-Jean-sur-Richelieu, Québec, members of the group came together to advocate,discuss and refine their views. The result is a paper that reflects the collective opinion of the group,and not that of any one individual. As lead author,Paul Chapin calmly and rigorously collected,expressed and refined the views of the various collaborators. They are most grateful for his outstanding work. Additionally, special recognition is due to those individuals who contributed something extra to the production of the study:

The warm welcome was extended beyond a sophisticated dinner to a casino venue set especially for the night with equipment provided by that company. The esteemed guests enjoyed the chance for a free casino play while discussing the latest trends in the casino industry and their consequences.

This is, in conclusion, a remarkable their. A Canadian perspective of the world all NATO members inhabit, informed by some of the most prominent minds Canada has to offer in defence, security and foreign policy. It is our fervent hope that this paper contributes to a betterment of the Alliance.